Deploying NuxtJS through IPFS on Fleek 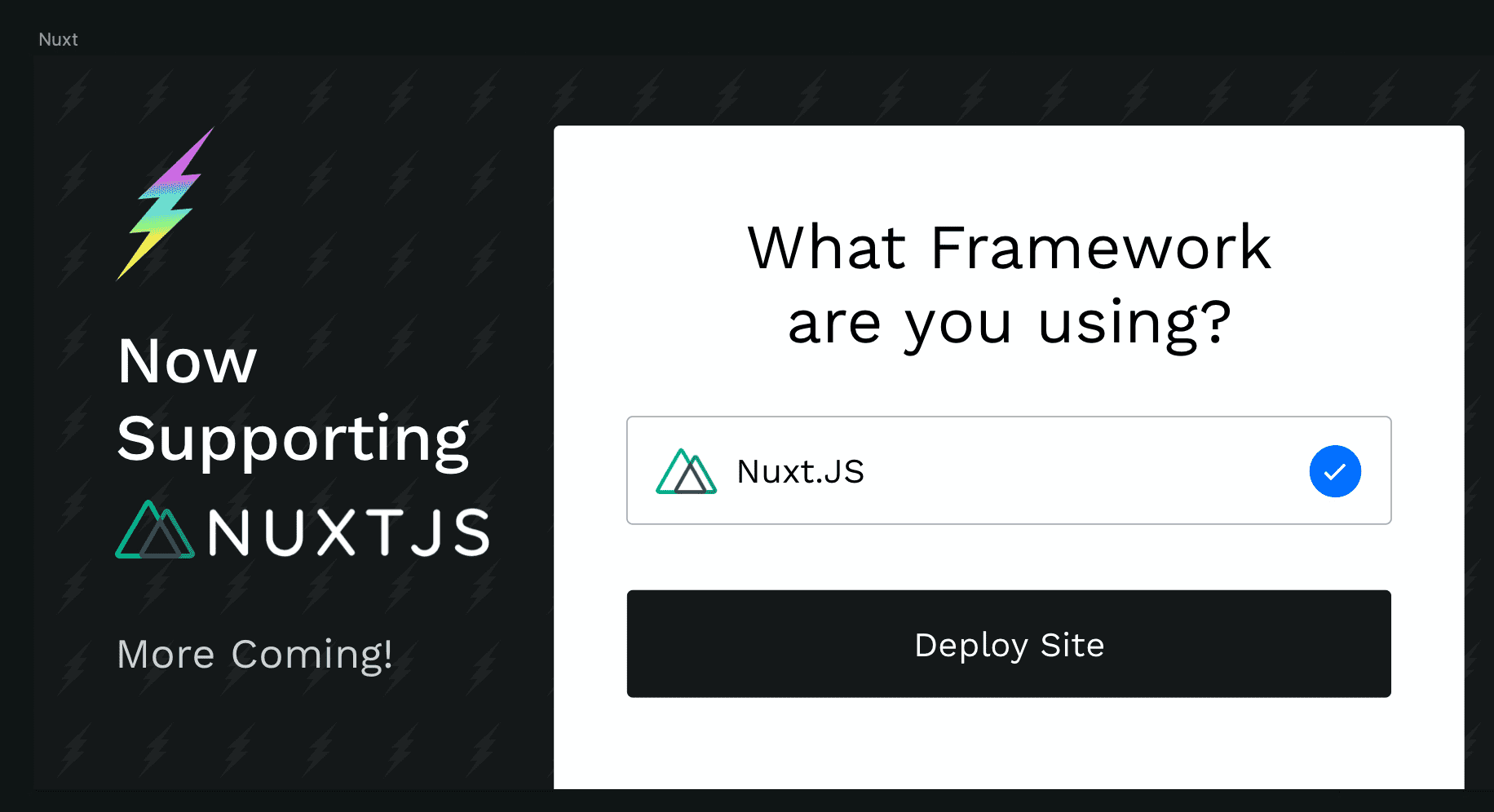 In this article, we will show you how to deploy your site built on NuxtJS and deploying using IPFS on Fleek

Fleek is everything you need to build fast, modern sites & apps on IPFS. All in one seamless workflow, From local development to global deployment, Your site will not only run on IPFS, but it’s also supplemented with a global, enterprise-grade CDN, allowing for speed, scale, and performance that is superior to normal hosting.

The first step is to create a nuxt app wrapped around create-nuxt-app, the name of my directory is deploy-nuxtjs-using-ipfs-on-fleek yours can be named whatever you like.

Once that is done you now have your repo created, all that is left is to enter into the directory using the company below

run the command below to start the development server which would create a server on http://localhost:3000/

The assets directory is made for assets in relations to design/style, for this project we are running on tailwind CSS, so in our assets/css we have tailwind.css

The pages directory is made up of your actual project View’s and Routes, nuxt would look for files ending with a .vue extension and build your applications from that, in this article we have just a single file named index.vue

Deploying to IPFS on Fleek

Deploying to IPFS has never been this easy thanks to Fleek, first, visit fleek.co and signup.login using your GitHub account, once set up you should see your dashboard similar to the below

Immediately after connection search for the name of the repo over GitHub using the search feature by the right-hand side of the screen and click the repo that was listed, similar to the below

It is worth noting at this point that Nuxt supports SSR (server-side rendering). We do not want to run our site on SSR because our files are simply hosted on IPFS and there is no server running in this scenario. Therefore, we must make sure that the site is exported as a static site.

The next step is the deploy settings page, the framework/language is automatically selected by Fleek, once you have gotten to this screen click Deploy Site

While your app deploys, you can watch the deployment using the Fleek Deploy Log, it should take less than a minute to complete deployment

Yes! our app has deployed, scroll to the very top and you would find a link, clicking that link takes you to your deployed site

Switching name or adding a domain on Fleek

Usually, when you deploy a new site on Fleek, you have a very funny looking domain name for example https://crimson-lab-6839.on.fleek.co/, you can change that by going under settings then clicking Change Site Name, then put in your preferred domain.

…and that’s it! Deploying a NuxtJS site to Fleek is quick and very easy, Fleek is looking to change how deployment works on IPFS improving everything.